Public Relations News Round Up – 76% use search and 75% use social on smartphones daily, LinkedIn report says small businesses are becoming astute 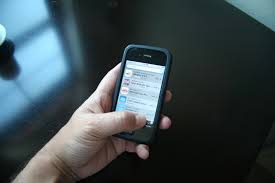 Public Relations News Round Up

When it comes to SEO, territory isn’t the issue – PR Daily
In the PR realm, “SEO” often refers to optimizing press releases so they show up in search engines. In reality, search engine optimization is much larger in scope.

LinkedIn report says small businesses are becoming more astute users of social media for marketing – TNW
Small and midsize businesses play an important role in our economy. Every day, they fight for our attention while also trying to gain any leverage they can over the big box retailers like Amazon, Target, Walmart, and more.

Why Thanking Someone For A Retweet Might Actually Be A Good Idea After All – Mediabistro
Do you say “thank you” when you get a retweet? But it’s time to reassess this stance, and – quite possibly – incorporate thank yous back in to your Twitter repertoire. Here’s why.

76% use search and 75% use social on smartphones daily, but 54% say mobile sites don’t give enough content – The Drum
It is, yet again, the year of mobile. A massive 91 per cent of smartphone users say they check email at least once a day, 90 per cent text, 76 per cent use search and 75 per cent use social on their mobiles, research from Salesforce ExactTarget Marketing Cloud has found.